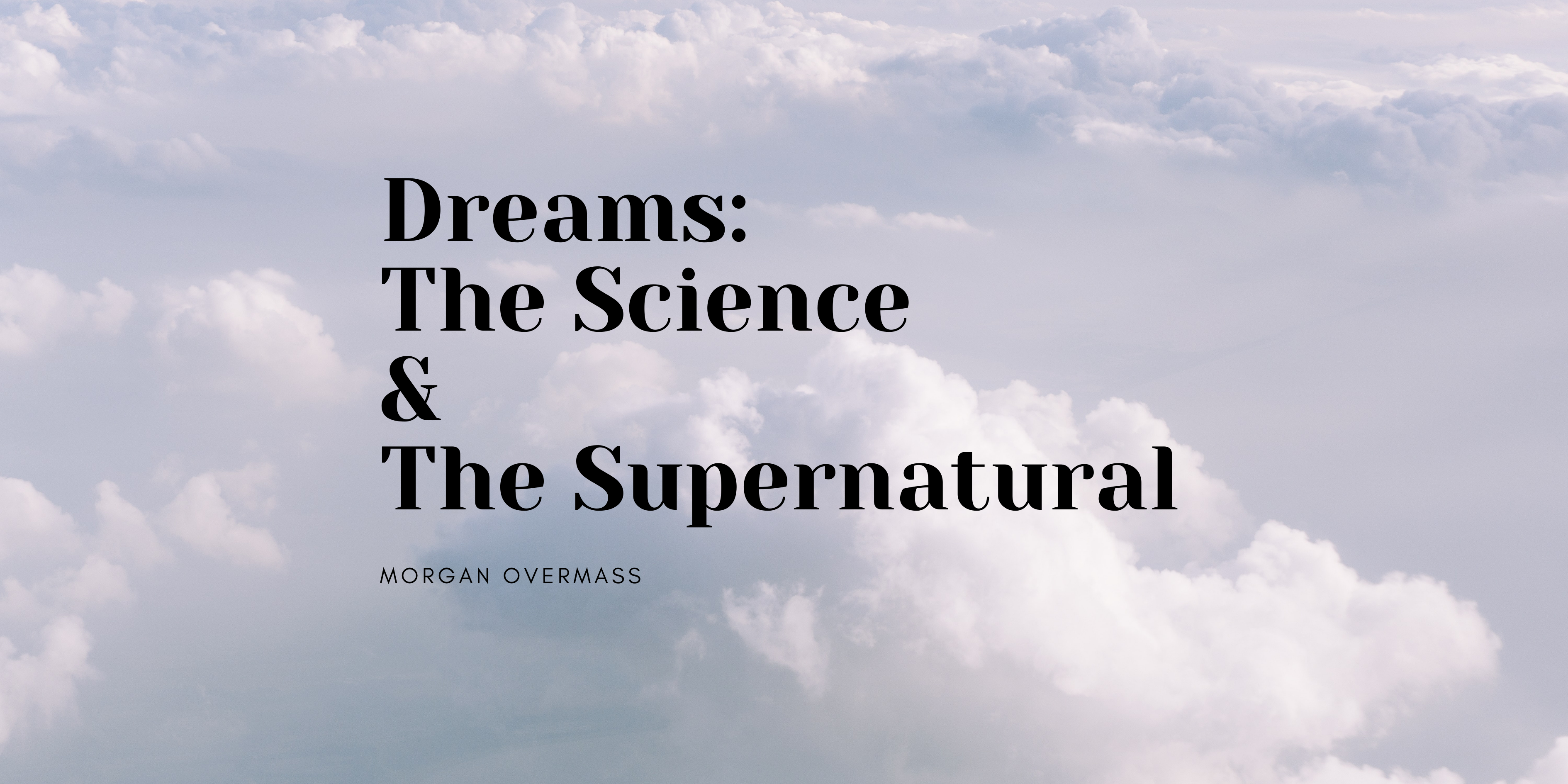 23 Mar Dreams: The Science & The Supernatural

Posted at 09:00h in Publications, Uncategorized by Morgan Overmass
3 Likes
Share
Quarantine: The Antidote to My Imposter Syndrome

It was once said that, “despite 50 years of research, all we can conclude… is that sleep loss makes us sleepy”. While significant strides have been made in our studies of the brain, the concept of sleep and our subconscious remains quite elusive. Of course, we all know that sleep is essential to keep us alive but then why do we dream? Is it merely free entertainment our brain provides as it rejuvenates itself over those 8 hours or is there a more supernatural element involved?

As with all things, turning to science provides valuable insight. One theory describes dreams as the cortex attempting to make sense of a group of randomly firing neurons in our brainstem. However, this theory may only explain the non-sensical components of some dreams. If the cortex was only using indiscriminate and accidental impulses to make up stories for us, why do some dreams contain more logical and familiar components like our loved ones, places we have visited, or movies we recently watched? Therefore, another possible theory revolves around the hippocampus as it is proposed to ‘hijack’ our brains as we sleep to sort through recent memories. Neuroscientists have begun exploring the hippocampus in this context and found that it holds a key role in dream construction, as amnesic patients not only report fewer dreams but also less detailed dreams1. The sorting process of the hippocampus has also been thought to help us problem solve our way through things believed to be unsolvable in our waking state. In fact, August Kekule who discovered the benzene ring claimed to grasp his epiphany from a dream he had of a snake circling round to bite its own tail.

Nonetheless, we must also consider that scientific theories cannot explain everything. If we consider August’s dream as an example, can his dream of the snake truly have only appeared in his subconscious due to recent memories or random neural firing? No one theory is able to explain all parts and particularities of dreams. While in many decades from now a combination of several may get close, there is something special about the mysteries dreams hold. Many have speculated on the meanings or symbolism of our dreams, going back to as far as the Mesopotamian kings and Ancient Egyptians each with their own manuscripts and methods of dream interpretation. For example, does a recurring dream about being chased by a giant bowling ball suggest a sinister inescapable addiction? And is a dream of exuberantly flying through the air actually a pat on the back from our brain suggesting we have liberated ourselves from negativity? And what of prophecies; can dreams ever show us the future and could this explain those random feelings of déjà vu as we move through life even to places or experiences previously unknown. Dreams such as these have become the basis of entire belief systems. There is little science behind these nagging feelings but somehow we have all undeniably experienced them from time to time.

So, dreams: science or supernatural? There are many who have and continue to explain them in both ways. Although science can likely explain many of our curiosities there is always a part of us that would like to believe in something more occult or mystic. The real answer may come decades from now but until then I’d like to believe in both. Because mysteries that just can’t be explained are some of the most thrilling to ponder.

Quarantine: The Antidote to My Imposter Syndrome