GUMS | Representing men and their emotions: Media that goes beyond stereotypes
17593
post-template-default,single,single-post,postid-17593,single-format-standard,ajax_fade,page_not_loaded,,qode_grid_1200,qode-theme-ver-9.1.3,wpb-js-composer js-comp-ver-4.11.2.1,vc_responsive

Representing men and their emotions: Media that goes beyond stereotypes 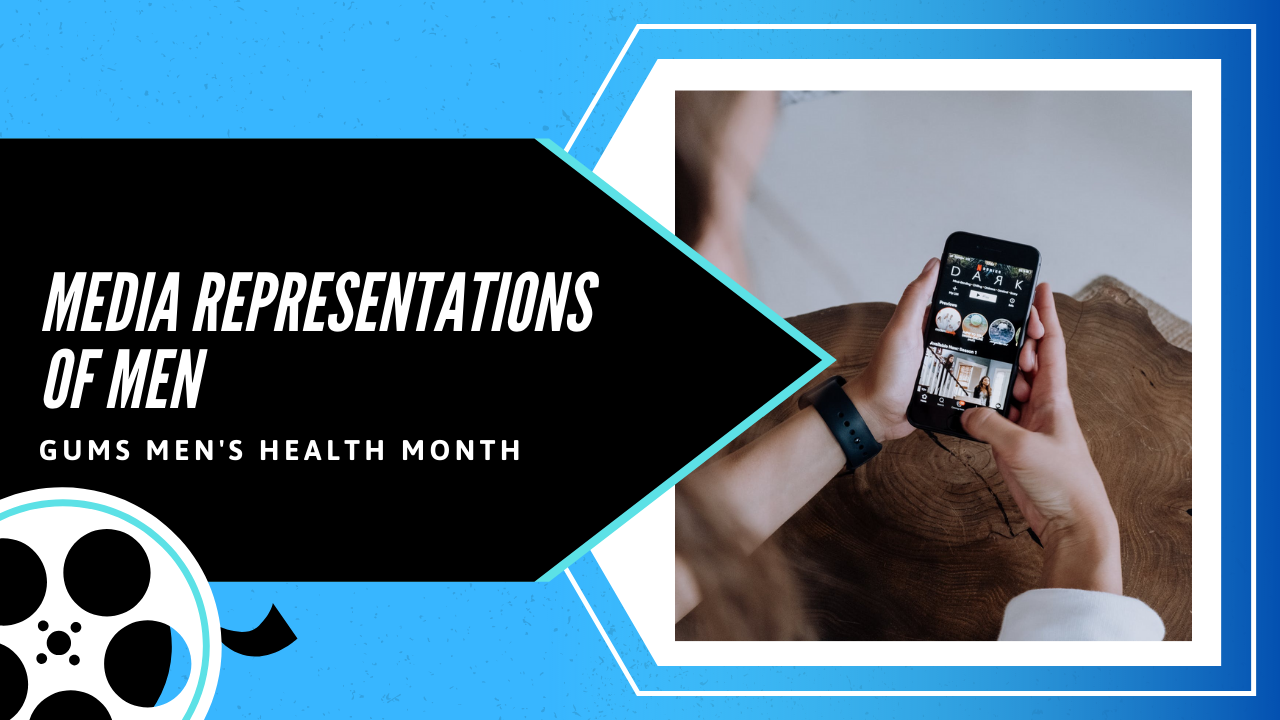 14 Sep Representing men and their emotions: Media that goes beyond stereotypes

While there may be a lot of representation of men in media, it can often rely on outdated stereotypes consisting of aggression, power and limited emotional capability. So, we sought out your opinions on media which show men dealing with their emotions in a healthy way and rounded up some recommendations for your next study break (in no particular order). 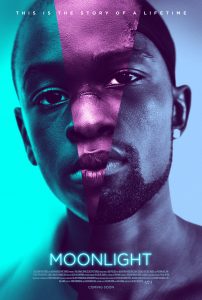 If you haven’t seen Moonlight before, you’ll probably remember this movie from the famous Oscars gaffe when La La Land was announced as best picture, when it was, in fact Moonlight. Following the story of Chiron, a black gay man, through three distinct periods of his life growing up in a rough neighbourhood of Miami, Moonlight is an emotional and deeply personal insight into the challenges he faces. The juxtaposition of Chiron as a shy, reserved boy to the aggressive and domineering expressions of masculinity by his peers is the primary source of conflict in the earlier parts of the film. However, as Chiron and his friend Kevin transition into adulthood we see them both come to terms with their upbringing and their attitudes. Moonlight shows the dance we all learn to perform, balancing conforming to society’s expectations and being true to ourselves.

Beyond its storyline, the way Moonlight is shot and directed is very distinctive. Dialogue is sparse and numerous shots focus solely on characters’ faces inviting you to consider the motivations behind characters’ actions and emotions. Each scene appears uniquely constructed to invoke a certain feeling in the audience, especially as more of the plot plays a symbolic role or as a way to invite viewers into the thoughts of the characters. 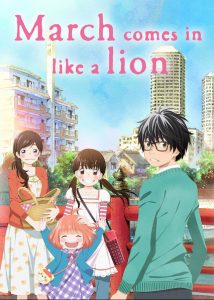 The peculiarly titled ‘March Comes in Like a Lion’ refers to a Japanese proverb that roughly translates to “March comes in like a lion, and goes out like a lamb”. This proverb describes the unpleasant wintery weather in March, finally coming to a close and approach the warm spring in April. Confusingly, the show isn’t even about weather nor lions for that matter. In fact, it is a story set amongst the backdrop of Shogi, which is essentially Japanese chess.

This show follows Rei Kiriyama, a young high schooler whose biological family were tragically killed in a car accident. His only connection left to his father is his Shogi playing, which leads to his adoption by a Shogi player who was his father’s close friend. Due to growing tensions within his adopted family, Rei decides to move out and live by himself. The show follows Rei’s spiral, but also triumph through depression and anxiety, fuelled by the fear that he causes the suffering of those who end up close with him. Near his residence, Rei meets the kind Kawamoto sisters, who slowly become family to him. Through their warmth and empathy, Rei finally comes to realise that he needs them as much as they need him.

March Comes in Like a Lion is beautiful tale about the importance of some type family to our wellbeing, biological or self-formed. Furthermore, while the winter of our mental battles may be harsh, it is equally important to remember that spring, which will carry with it the necessary support systems, will always arrive. While so much of the show seems unapproachable to a western audience, the universal themes give it universal appeal. No background knowledge is necessary, all you need to be willing to do is to let yourself enjoy the emotional ride. 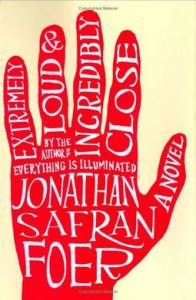 Category: Book (also adapted into a movie of the same name)

The book follows Oskar, a 9-year-old boy struggling to come to terms with his father’s death during the 9/11 attacks. He goes on a journey (physical and metaphorical!) to try and understand why his dad had died, and along the way, uncovers himself. Oskar wasn’t depicted as a typical 9-year-old; his hobbies included inventing, butterfly collecting, and letter writing; a far cry from the hobbies of the stereotypical boy! He is portrayed as a sensitive and curious and incredibly intelligent boy who interacts with the world with a unique boy’s perspective. On his journey, he learns to trust and rely on others to lighten his boots and come to terms with his father’s death.

What makes it even more compelling to read is the almost interactive way it is written and set out; there are seemingly random pictures, notes, and annotations strewn throughout the book that begin to make sense as you follow the story. It makes it feel like you’re going on this journey with Oskar as he attempts to put all the pieces together in understanding his father’s life and death. While the movie may not have the same impact, it is also a good option for the time-poor medical student. 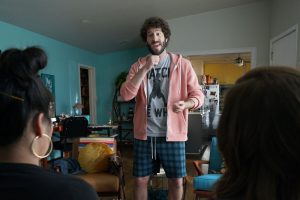 Loosely based on the life of the rapper, Lil Dicky, one episode titled Hype Man follows the story of a character struggling with bipolar disorder. Before this episode, the character is not known to have this condition. The episode is very raw in its portrayal, spanning from the manic and depressive highs and lows and the hospital visits in between. It escalates to the point where the character breaks down in front of his friends. Despite societal expectations of what a man should do with these feelings, he breaks down and tells them about how much he struggles what his experiences are like. In doing so he allows his friends to better understand how he’s feeling but also in how to better treat and support him. Juxtaposing these serious issues with the usual comedy of the show really helps to give depth to the show and drive this sobering point home.

This article is part of a series of content for GUMS Wellbeing Men’s Mental Health Month. If you’re interested in more men’s mental health content, keep an eye on the GUMS blog and the GUMS Wellbeing Facebook page